Published on November 11, 2008 by CrystalIDEA

Free nrg to iso converter download - small and easy CD/DVD image converter for Windows and Mac, converts NRG image to an ISO standard image. Converting NRG to ISO or extracting NRG files is as simple as:

Just open or drag an ISO image to the AnyToISO main window and Press the Extract button. 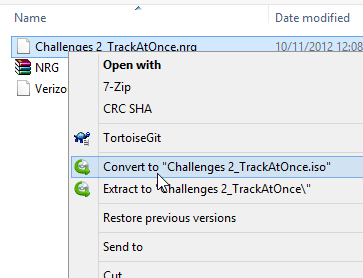 In Windows you can simply use context menu for NRG file 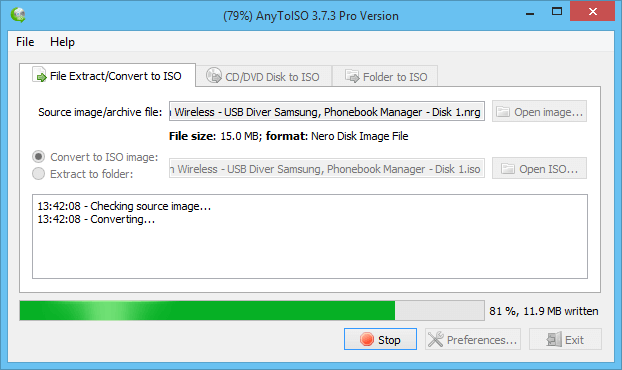 AnyToISO will convert to ISO or extract the image to your local drive.

Burning CD/DVD images that have a proprietary format like MDF (Alcohol 100%) or NRG (Nero image) is a pretty annoying task unless you have the commercial software that those image formats belong to, however with AnyToISO Converter the annoying becomes easy. Like the name says you can select any image file and convert it into an ISO.

Get started in seconds and try AnyToISO for free now.