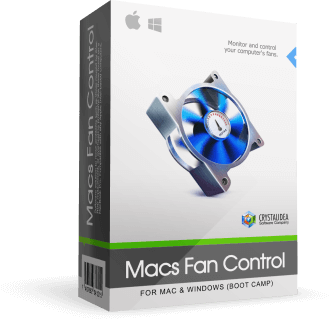 The app remains free but advanced users can get extra features by upgrading to the Pro version. Pro version is able to create and save custom fan presets so you can quickly switch between them depending on your activity. Additionally you get priority customer support and confidence in future updates and improvements. 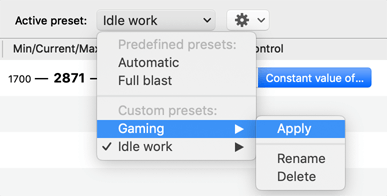 Free version has only 3 presets:

For already a while all modern macs are equipped with NVMe blade drives instead of traditional SATA. In both Windows and macOS the app now displays those drives and their temperatures. New option in preferences lets you control whether you’d want to read drives temperatures (SMART and/or NVMe) or not. It can be quite useful for those who would like to optimize CPU usage and those who encounter issues with connected RAID and audio peripherals.

Macs Fan Control requires a helper tool to be installed for fan control. The old helper tool had many issues which are gone now, in the new version of the tool:

Finally the app gets support of the dark mode in macOS Mojave and Catalina: 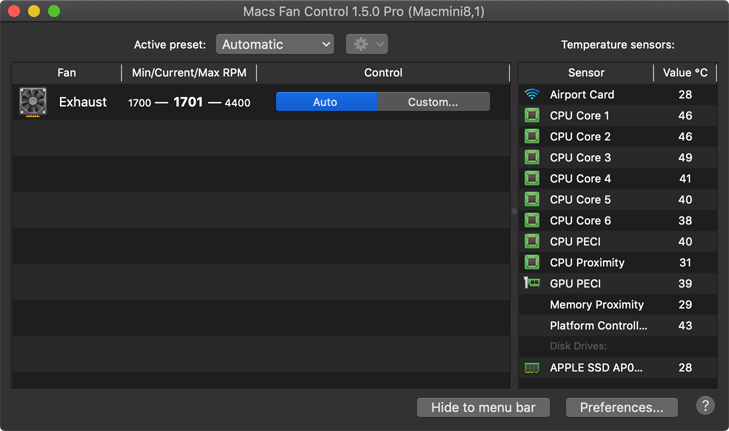 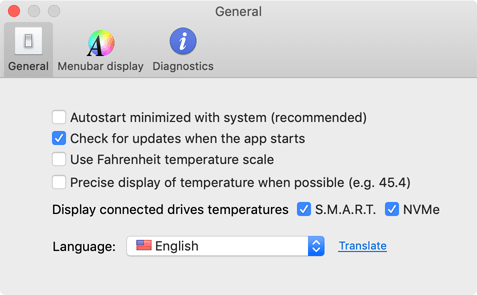 Windows XP and later but only on mac models that are not equipped with the modern T2 chip.