Solve KMODE_EXCEPTION_NOT_HANDLED when trying to update to Windows 10 version 2004

Published on August 8, 2020 by CrystalIDEA 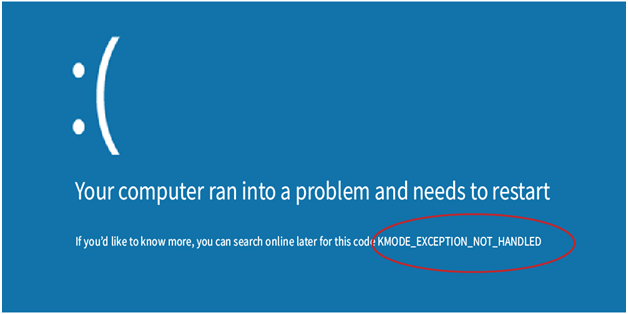 Some computers with different hardware may encounter BSOD (Blue Screen of Death) with KMODE_EXCEPTION_NOT_HANDLED error code when trying to upgrade to Windows 10 version 2004 from previous versions (1909).

We faced this problem ourselves but also found more people on the Internet with same symptoms:

We even tried converting the working Windows 10 (1909) to a VMWare virtual machine and tried an upgrade there but it also ended up with a rollback.

The solution we came up with is not obvious and straightforward unfortunately. It also requires a fresh install so please make sure to create a backup.

For the reference, our hardware that faced the problem:

All latest drivers and BIOS version, of cause.
Subscribe to CrystalIDEA news