We’ve recently noticed that dropbox.exe process appears in the list of apps that consume GPU resources: 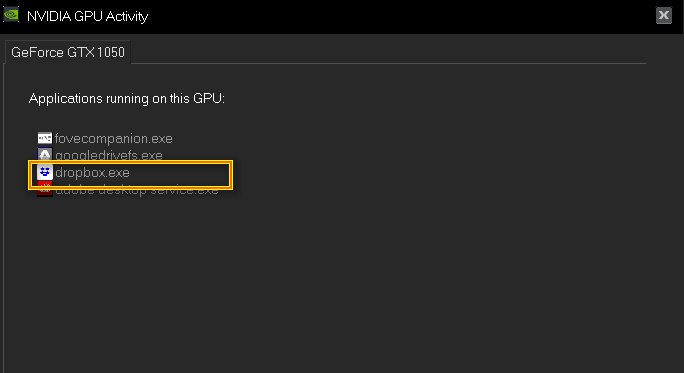 Actually, quite many modern apps (e.g. Google Chrome or Mozilla Firefox) may also use GPU, but this behaviour can be turned off though not in the case of Dropbox Client, no command line switch exist either. While for most people this shouldn’t be an issue, some advanced guys would want to have full control over their working environment and resources.

The fix is extremely easy and straightforward:

You can use the following “DropBoxNoGPU.bat” batch file that should work for all client versions: